In July 2014 Merivale’s newest venue, The Coogee Pavilion opened its ground floor and invited patrons to enjoy its vibrant and casual social area complete with a Vesuvio Wood Fired Oven, crafted in Italy by Valoriani. More recently, on the 30th December 2014, the Coogee Pavilion Rooftop opened and Merivale CEO, Justin Hemmes, along with Executive Chef, Jordan Toft, made the decision to purchase a second Vesuvio oven to compliment the four indoor and outdoor bars, sweeping balcony and spectacular views.

Merivale has been established in Australia for 59 years. Originally a fashion house, Justin was the driving force behind the family business venturing into the hospitality industry when he opened and managed their first hotel in 1997, the Hotel CBD. The Merivale portfolio now includes more than 50 Hotels, bars, restaurants and function venues.

Included in this portfolio is the successful and esteemed Ivy; launched in 2007 and home to the Ivy Pool Club Bar, various restaurants and Pacha Sydney which received the award for 2014 Night Club of the Year. It also includes The Establishment; also located in George Street Sydney and home to multi-award-winning restaurant Mr. Wong among others.

Previously the Beach Palace Hotel, the seriously dated, beach-side building caught Hemmes attention as being a prime location with an abundance of space. With extensive renovations and the touch of Merivale’s experienced design team the venue has been transformed into a vibrant lifestyle destination. 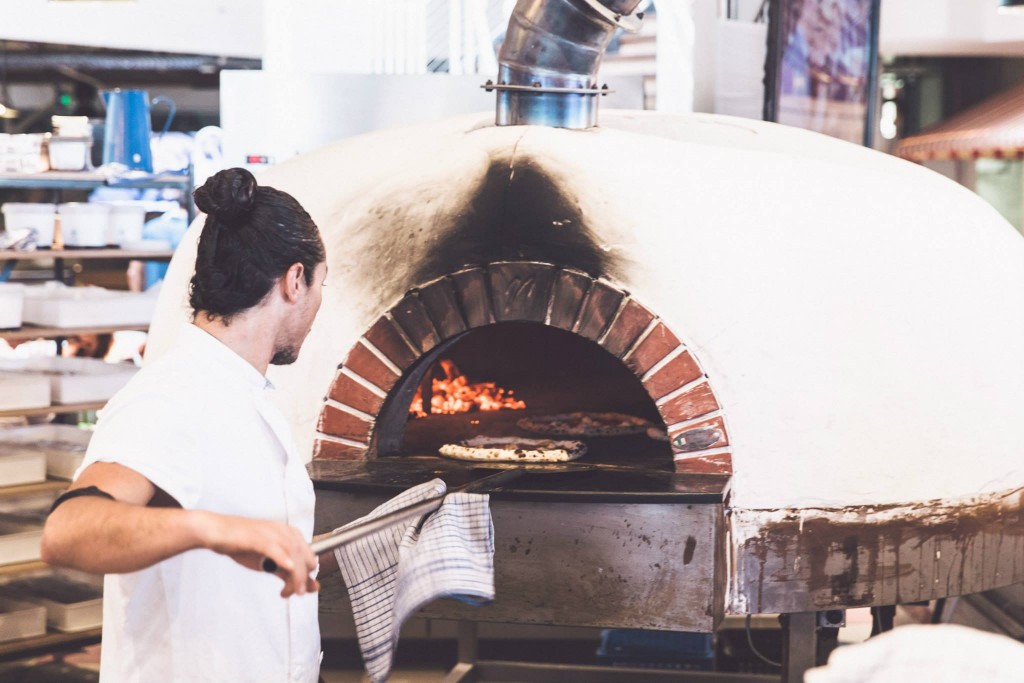 The ground floor is a family friendly space that is both casual and energetic with a vintage flare. The large open-plan area features everything from an oyster bar, coffee carts, seafood, fresh flower stand and of course – taking pride of place – Wood fire oven. Complete with the Valoriani signature V on its arch, busily pumping out pizzas from Vinnie’s Pizzeria to be shared and enjoyed by groups of laughing friends, smiling families and chatty colleagues the Valoriani oven does not disappoint when it comes to quality. 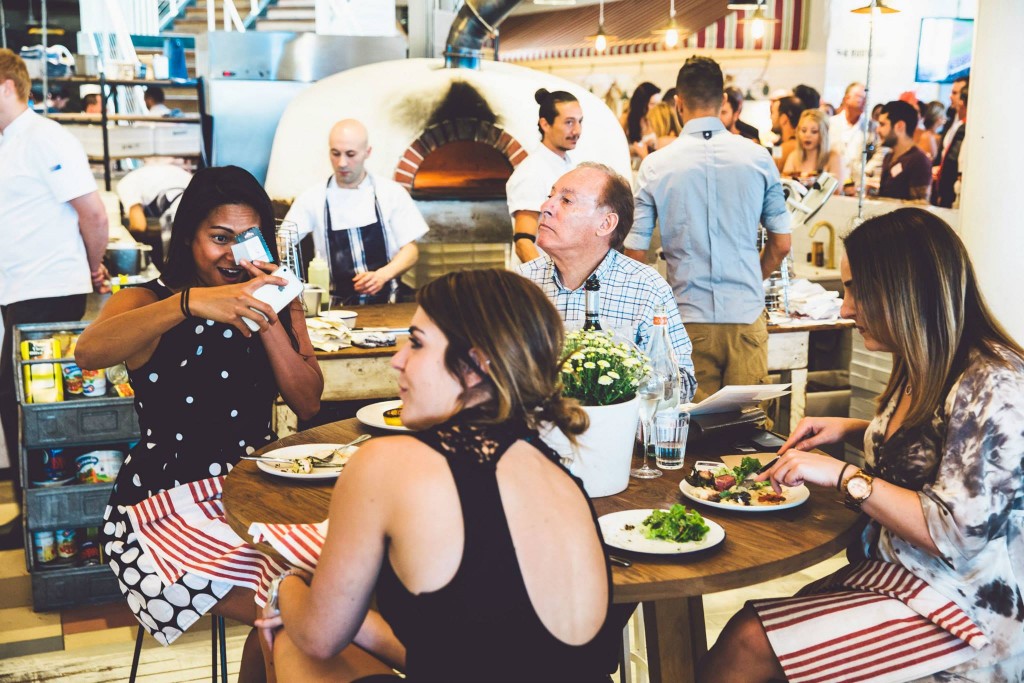 Lee Tran Lam raves about the pizzas on his blog The Unbearable Lightness of Being Hungry: “Something I have no doubts about – how great the pizza is at Coogee Pavilion… The base was all puffed up and airy, anchored by the right amount of smoke and blistery chars, and a little tang in the dough, too.”

Merivale’s pizza maestro, Vincenzo Biondini, is Italian-born and the previous co-owner and pizza chef of the infamous Rosso Pomodoro in Balmain.  His passion for traditional pizza led him to request the Vesuvio pizza oven, made in Tuscany by Valoriani; a family company who have been producing traditional stone ovens for over 50 years. Biondini pays special attention to all aspects of the pizza making process, including allowing the dough to prove for three days before stretching it into the ideal base and topping with carefully chosen ingredients.

“The quality of pizza oven is crucial in developing the very best result.” says Biondini.
“At Vinnie’s Pizza in Coogee Pavilion, we are making up to 800 pizzas a day. We need a very big oven, capable of consistently delivering an outstanding production.” 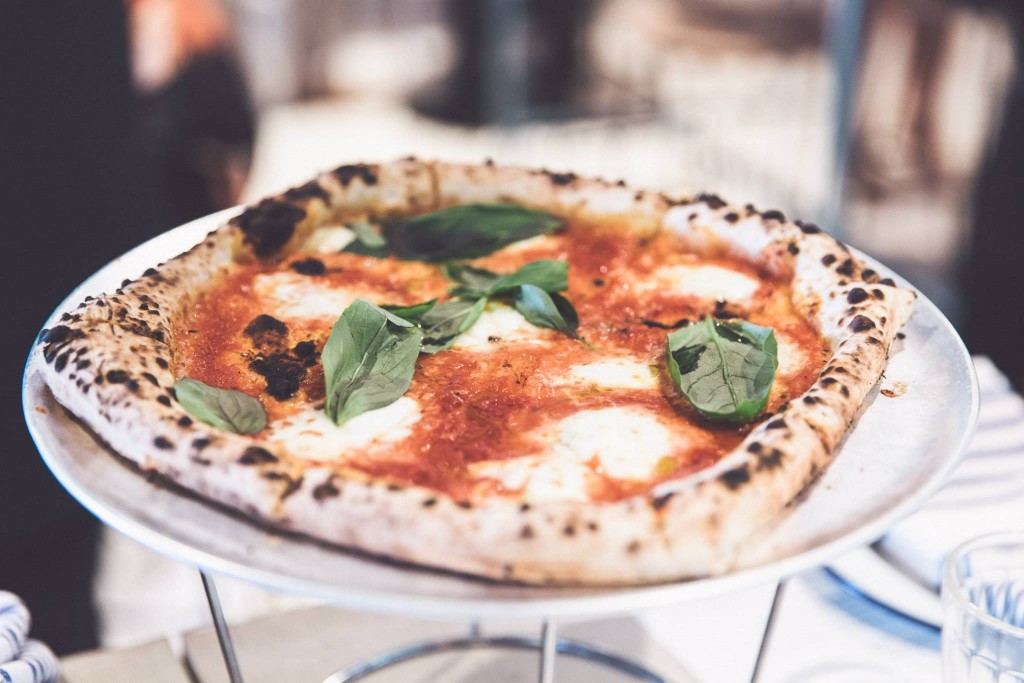 “Our Valoriani oven is like a V8 supercharged car at Bathurst Race Day. We are very very happy”. says Biondini.

The Coogee Pavilion Rooftop, complete with spectacular views of the northern headlands, southern parklands and of course the beach with its sunbathers, crisp blue ocean and ever changing horizon has an atmosphere of its own. The botanic theme, combined with four bars and lush greenery and an array of botanical reference pieces, compliments the natural elements of sand, sea and sky. 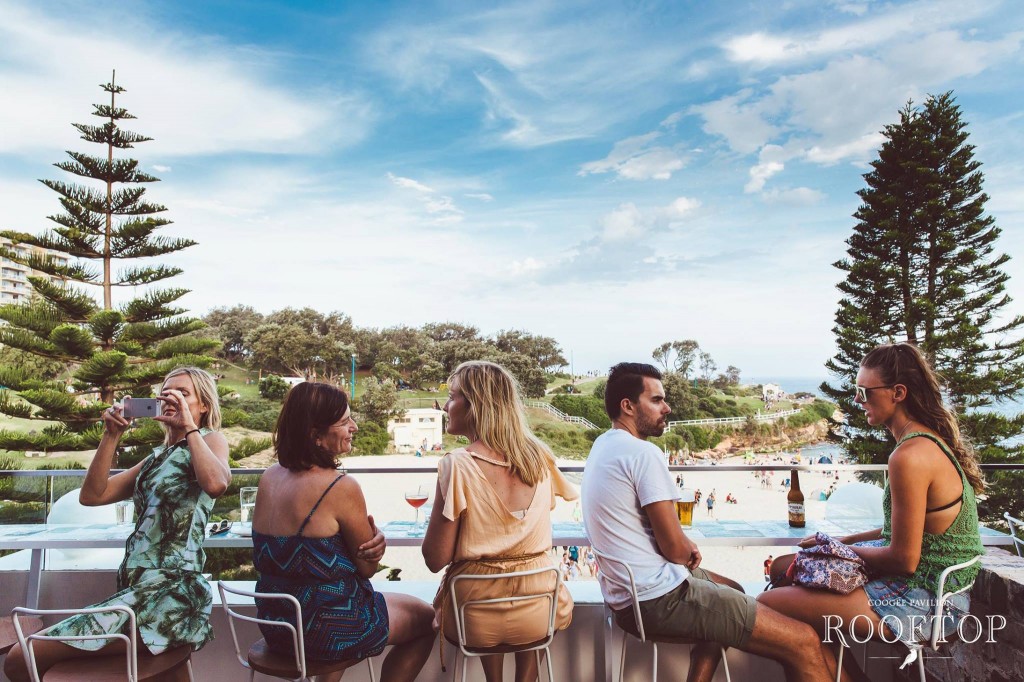 The ocean breezes carry the smells of freshly baked bread from the Wood fired oven past the patrons noses. The breads are the perfect complement to the variety of Mediterranean inspired dishes of the rooftop menu.

The Coogee Pavilion Ground Floor and Rooftop are both bustling with success as was expected from a new Merivale venue and the Vesuvio ovens are also keeping up with expectations. With renovations still underway for the middle level of the building, rumoured to be a high end function space reserved for exhibitions and markets, we can expect even more pleasant surprises from The Coogee Pavilion in the near future.